Last Thursday was an extremely interesting day. Allow me to share it with you...

Mariana and I arrived at the team house in Pipera right on time and ready to head out to Periș for Character Classes.

As we're sitting in the living room, just moments from walking out the door, Jen says (from the other room), "Uh, we have a problem..." The problem being that a pipe on the upstairs sink has decided to explode and there is water dripping into Jen and Jenny's bathroom on the floor below.

Jen turns off the water under the sink upstairs and grabs some towels. I grab a mop. Thankfully this bathroom has a drain so we are able to push most of the water down the drain.

We are able to get things semi-cleaned up and leave a mere 15 minutes behind schedule.

On the way to the orphanage it starts to rain and Jen remarks that she wonders how the kids will be today.

We find out when we pull up and one child tries to shove a sandwich through the window (he was offering it to us) and another calls Jen, "Girl" (not a very flattering remark here).

We attempt to enter the 1st classroom and are told the kids have to finish copying their work and to come back in 10 minutes.

We wait and decide that it may take more than 10 minutes for them to finish (they are in 3rd and 4th grade after all) and go to the 2nd classroom to start with them.

Upon entering we find one child asleep on several chairs because he's sick and the whole room in a general state of chaos.

As soon as Mariana starts to call roll one of the boys throws a fit because she calls the girls' names first (as is polite). This child then proceeds to punch the girl next to him out of frustration. After I make him stop punching her, he begins to throw sunflower seed shells on her. I forcibly remove him from his chair and sit between them. He becomes angry and hides under the desk. This is all before the story for the day is finished, mind you.

Said child eventually comes out from under the desk and completes his craft.
After the craft another child tries to give their picture to Mariana. She tells him that the craft is for a friend and that he should give it someone else. In a fit of rage he tears up his project which has just taken him 10 minutes to complete (and another 10 minutes for us just to hand out the supplies). For reasons unknown the boy who was hiding under the desk decides to rip his project up as well. Follow this with me lecturing him on Mariana's feelings and his selfishness and, finally, him issuing an apology. 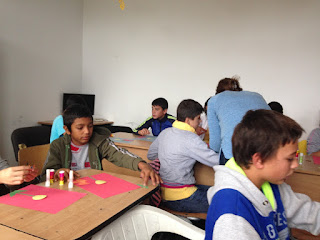 Praise God that during this time my child was one of the few children actually working on his craft and behaving. God bless him.
I should also note that during this time there was another boy who decided he was going to be as loud and obnoxious as possible the whole time. He argued, stole the supplies, hit his head on a stack of notebooks, and tried to bite the cover of one of the notebooks.

Right about the time we were getting ready to leave one of the workers comes in with the afternoon snack: tuna fish spread on bread. When I say the smell was horrendous I'm not exaggerating. Even some of the kids turned up their noses. The room is now permeated with the smell of fish.

And then our time was up.

One class down, one to go.

We enter the other classroom and find that, thankfully, all the kids have completed their work and we can begin. However, with the smell of the fish snack, the humidity from the rain, the closed windows, and the general funk of little children, this room reeked. It was so bad my own child (who was coming to help us with the class) wrinkled his nose and said he'd wait outside until we were finished.

We start the class and, as usual, I'm situated next to the boy who has the most issues with paying attention. Also sitting next to him today are the two girls in the class with the most limited attention span. Yep, I got stuck with the ADHD crowd. Not really a problem but it always keeps me on my toes.

The little boy sits in my lap during the lesson and then I get up to help Mariana hand out the craft. At this point I notice there is a wet spot on my jeans where the kid had been sitting. All I can do is pray that it is *only* sweat or pee and not something worse.

The rest of the class is fairly uneventful. I mean, after pee pants what can top that? 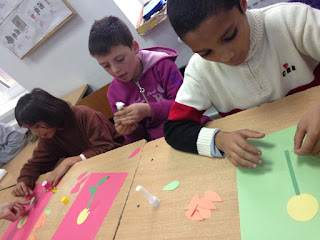 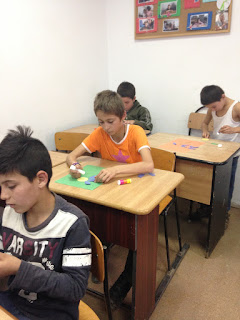 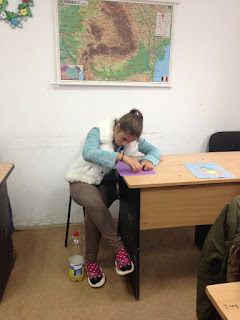 Our day was almost over and the only thing left to do was hand out some pajamas to a few kids. Luckily, I was able to entertain the kids by playing hand clapping games and eating chocolate one of them gave me (where this chocolate came from is a mystery but there was a ton of it and it came from a plastic grocery bag...I don't ask questions in situations like that). And I got to see my littlest girl in some super cute p.j.s...even though she refused to change back into her normal clothes. 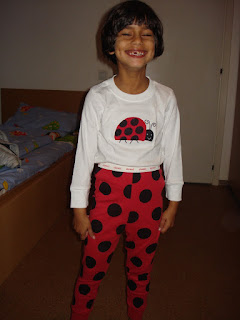 I mean, who could say it was a bad day after seeing that face?
Posted by Melissa at 9:10 AM No comments:

This weekend we had a birthday celebration for Ruthie. She's one of the Heart to Heart "grandkids" and she was turning 5.
We have also been celebrating birthdays at the orphanages with the kids who have birthdays during the last month. 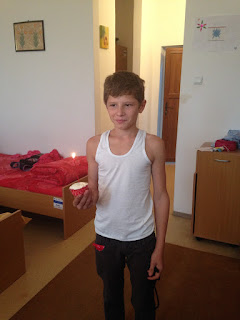 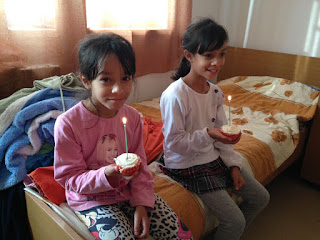 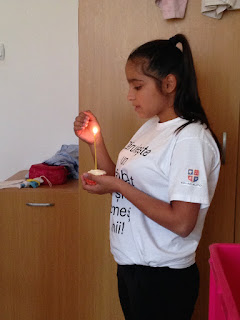 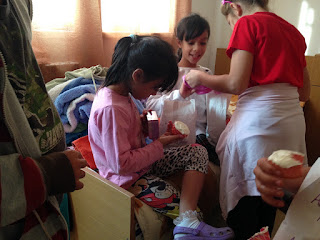 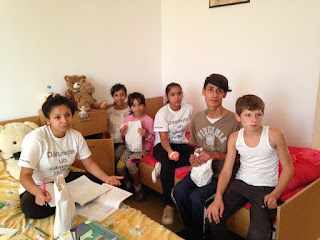 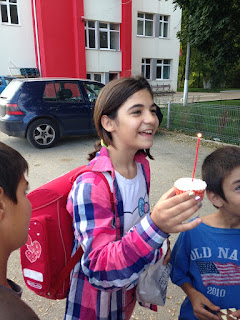 I love parties and get-togethers with Heart to Heart because it reminds me so much of the times I have been here in the past celebrating Christmas, New Year, and the end of the school year. It truly makes Heart to Heart feel like family. And I love being able to celebrate a special day with the kids at the orphanage, something they would normally miss out on. I'm already looking forward to celebrating more special occasions here in Romania!
Posted by Melissa at 3:21 AM No comments:

Learning Where I Belong

The other day I got an email from my boss asking for some updates on how things were going. One thing she wanted to know was something that God has revealed to us over the last month or so. I had to think about it but I realized that God has been showing me how I'm different...and how that's not a bad thing.
For example, my language skills are coming along for sure. I understand a lot about the mechanics and grammar. But, my actual conversation skills are...well...lacking. The other day my teacher told me that she is always surprised to read what I have written because it is beautiful and articulate. However, she said that when I talk I sound like a crazy person! I had to laugh because I know that I am forever mixing up verb conjugations and pronouns. My teacher tells me to stop inventing things at least once a week. I'm sure that I do sound kind of crazy! This is part of what makes me different. It takes me awhile to think of what I want to say. I'd rather write something down so that I can think about how I want to address the situation.

The more I thought about it though, I'm that way in general anyways (not that I talk like a crazy person, just that I write better than I speak). The way that I write has always been more eloquent than the way that I speak. In general, I spend a lot of time in thought. That is definitely different from a lot of the people I'm around. I feel like everyone always has something to say! Not that this is a bad thing but I often spend time just listening to conversations. Again, I've always been this way though. One of my roommates was telling me the other day that I need to talk more, just talk. I told her though that it's hard for me to "just talk."

For awhile I've been kind of stressed about this. I've been feeling like I need to step up my game, work harder, or something. But when I thought about what God is revealing to me I realized, I am who I am and what I have to offer will meet the specific needs of some of the kids here. Already God has been showing me this and I've been ignoring it! Every time I go to Periș there are 4 or 5 kids who run up to me and want to me to "go on a walk" with them. This means we spend 10 or 15 minutes walking up and down the driveway while the kids talk and I listen. That's it. I don't have to offer advice. I just listen. Maybe I ask a question or two or reassure them, but mostly I listen. And that's what these kids want to do with me! And, frankly, I'm good at listening :)

So, instead of trying to fit a mold that I think people want me to be, I'm going to be me. I'm going to think before I speak (and hopefully I will think quicker in Romanian so I can speak quicker when I do have something to say) and I will probably still spend most of my time listening and thinking. Because I know that this is just what some of these kids need.

Posted by Melissa at 2:18 AM No comments: