When thinking of how to explain this month all I could think of was "roller coaster." Emotionally, physically, mentally, and even at times, spiritually, both Nicu and I have been up, down, and thrown for a loop.

To start things off, we attempted to schedule a visa appointment for Nicu. Our original plan was to travel to the States in late November. However, we were unable to schedule an appointment with the embassy until the 7th of December and our expedited request was denied. A few weeks later we found out the appointment on the 7th was cancelled as well. However, this was a blessing in disguise because of what happened next...
As most of you know, we announced our pregnancy at the beginning of the month. However, about 10 days later, I went in for a routine ultrasound where they found out that our little man, Oliver, had hydrothorax (or fetal pleural effusion). The next day the doctor drained fluid from his chest and abdomen but a few days later on Monday the fluid was back. I was admitted to the hospital and on Tuesday afternoon, after waiting for Oliver to turn into a good position, the doctor performed the surgery to place two thoracic shunts in Oliver. I went back on the Friday after the surgery and everything looked good. I have more doctors visits ahead and we're praying that the shunts stay in place and continue to work. We're also praying that Oliver will continue to grow strong and healthy and stay in place until April. 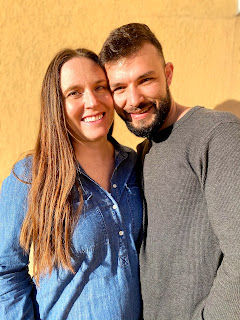 Pictures after church one Sunday. 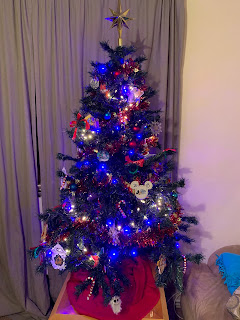 Decorating for Christmas...because we all need a little joy after the craziness of this year!
In addition to all the personal life changes and craziness, we still have ministry to think about. I was able to do a few therapy sessions at Voluntari at the beginning of the month and Nicu has continued to make repairs at Nenciulești to prepare for when we are able to take boys into the transition program. Our hope is that in January we will be able to take some boys, even if just for a week at a time, down to Nenciulești to start learning and working with us. In preparation for Christmas we have partnered with AlfaOmega church here in Bucharest to buy presents and stocking stuffers for all the kids at Periș and Voluntari as well as the youth group kids in Roșiorii.
We are still very limited in the work that we can do due to COVID-19 restrictions. Periș was quarantined for several weeks and then they had a change in directors so regular ministry has yet to resume. We are still keeping in touch with the kids there as best as we can but they are very eager to see us face to face once again. In Roșiorii the directors are only allowing one staff member to visit the apartments and they can only visit one apartment a day. Once we are allowed to have more staff come in then I will go to help there. In the meantime, we try to stay busy and prepare for the day when we are able to see the kids again.

If you would like to make a financial contribution through PayPal please use the link below. The transaction will appear under “Eastern European and Russian Orphanages Project” (the official name of Walking With Orphans).

You can also make a donation through our PayPal Giving Fund page: